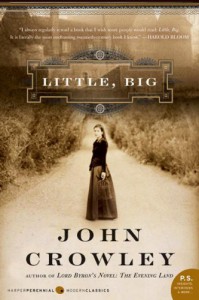 We imagine what kind of stories our lives will make as we live them. Through a combination of Memory and Clairvoyance we piece together what we think will be our story, our Tale. John Crowley weaves just such a Tale, a Tale which his characters constantly and explicitly try to piece together for themselves as it turns towards its conclusion. Just as we all employ the arts of Memory and Clairvoyance, either well or poorly, so do the Drinkwaters and their relatives. There is Great-aunt Nora Cloud, who deals hands from her deck of Least Trumps, discerning the events of the future. Her practice is, however, a murky one, and once the final page is turned and the Tale’s all told, where does it now reside if not entirely in the past? The art by which we and Crowley’s creations organize and understand the past is the one that therefore takes precedence in the novel. At one point another of the characters-- Ariel Hawksquill-- refers to architecture as “frozen Memory.” In the early days of the twentieth century, John Drinkwater builds a house made of Time, the inimitable, tangible example of this notion of Hawksquill’s. As the seasons and generations pass, and Drinkwater’s descendants finally venture into Fairy, they leave only their patriarch’s creation behind so that people will remember. 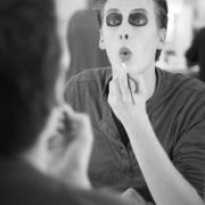